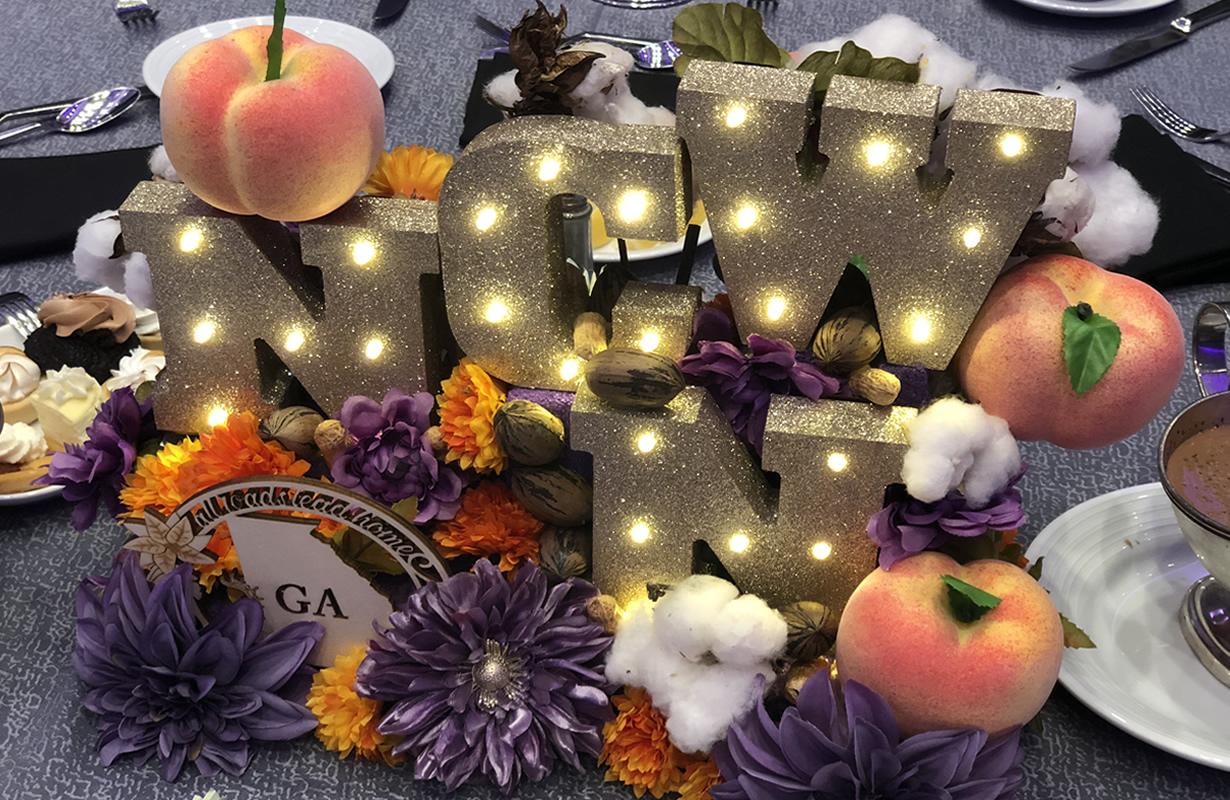 The National Council of Negro Women (NCNW) is a non-profit organization with the mission to advance the opportunities and the quality of life for African-American women, their families and communities. NCNW fulfills this mission through research, advocacy, national and community-based services and programs in the United States and Africa. With its 28 national affiliate organizations and its more than 200 community-based sections, NCNW has an outreach to nearly four million women, all contributing to the peaceful solutions to the problems of human welfare and rights. The national headquarters, which acts as a central source for program planning, is based in Washington, D.C., on Pennsylvania Avenue, located between the White House and the U.S. Capitol. NCNW also has two field offices. 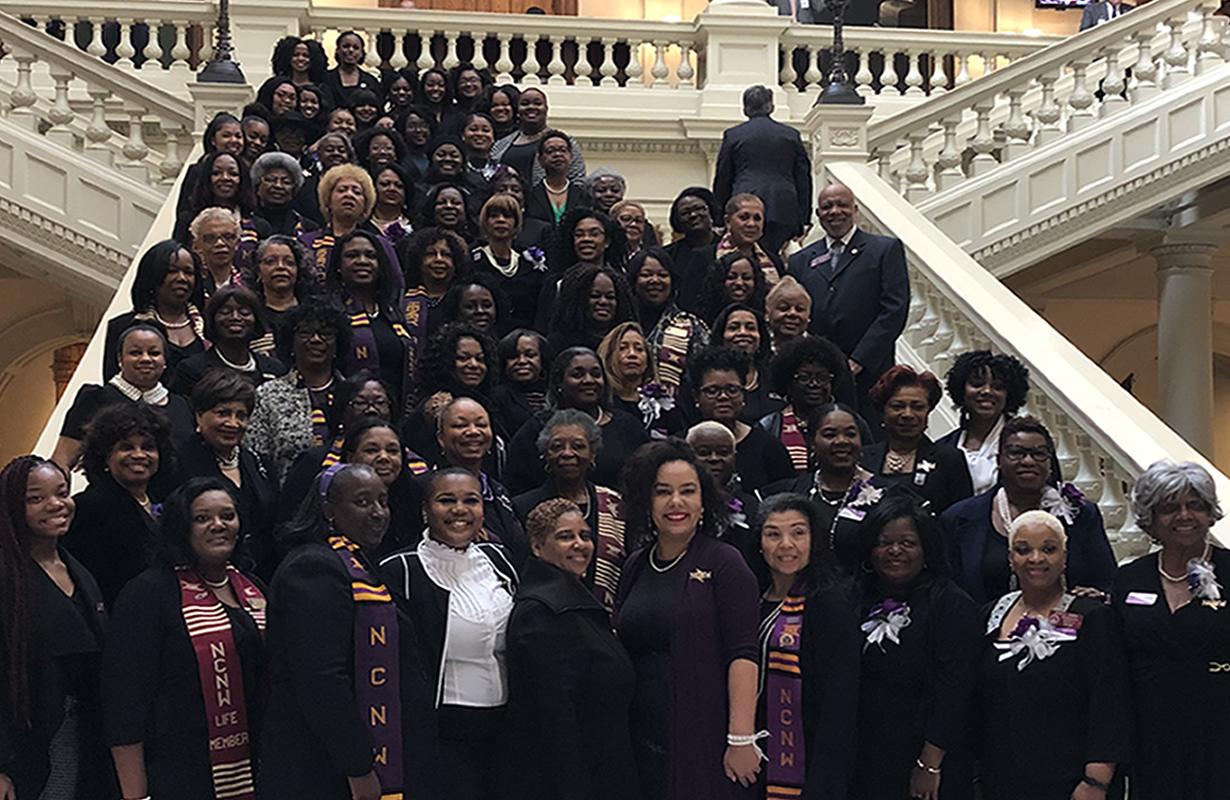 The State of Georgia, NCNW has a rich history under the many years of leadership and guidance of the late Verdelle Bellamy. It was in 2016 however, Lois Keith, Past National Membership Chair and current National Vice Chair of the National Council of Negro Women, Inc. had the vision to re-organize the state of Georgia. Lois charged various key leaders throughout the state including, current and immediate Past Presidents of the DeKalb, Greater Atlanta, Rockdale-Newton, Savannah and Valdosta-Lowndes Sections, the Columbus Section who were in the process of being re-chartered and several collegiate sections to work collectively in organizing a State Conference in Atlanta, Georgia on August 20, 2016.

It was during that conference that the National Chair of NCNW, Ingrid Saunders-Jones, National Membership Director, David Glenn and National Executive Director, Janice Mathis respectfully presented important information to members in both the collegiate and community sections. Each section within the state also presented information on what they had accomplished and for those new in their leadership roles, where they were planning to take their sections in the upcoming year. For the first time in state history, the state committee decided it needed to place state leaders to lead the charge of organizing. Soon, Interim Officers were elected at the conference. Interim State President, Sharah Denton (Valdosta Section Founder & Immediate Past Section President); Interim Secretary, Derrica Williams (Dekalb Section 1st Vice President) and Interim Treasurer, Myrtle Mayfield (DeKalb Section) were officially elected. During the conference the state committee planned and implemented, The Movers and Shakers Award with its first recipient being, Lois Keith and presented by National Chair, Ingrid Saunders-Jones. Collegiate Sections had the opportunity to meet with National Membership Director, David Glenn and National Executive Director, Janice Mathis and Immediate Past DeKalb Section President, Belinda Pedroso.

The Keynote speaker was Malynda Dorsey from Quitman, GA. who assisted in the chartering of the Valdosta-Lowndes Metropolitan Section and was also responsible for naming the section. Malynda encouraged and empowered members to uplift, motivate and support one another: Showing Sisterhood. A presentation from collegiate sections were shown and everyone enjoyed a dinner at the host hotel while mingling and bonding.

During the interim year the State of Georgia provided support and assistance to families in Albany as well as recognize the birthday of Dr. Dorothy Height (Warm Hearts and Home Initiative) under the guidance of Lois Keith and Dr. Kimberly Scott; hosted several Dr. Dorothy Height Stamp Reveals; welcome the re-chartered Columbus Section, implemented Regional Coordinators; and much more. The state of Georgia NCNW is focused on continually working toward the mission, values and goals of the national office, and the vision of the state as it continues to grow. We hope you enjoy our website and take a moment to visit a section to learn how YOU can be a part of this historical sisterhood.

The NCNW was founded on December 5th, 1935 by Mary McLeod Bethune, a distinguished educator, and government consultant whose parents were born into slavery . Mary McLeod Bethune saw the need for harnessing the power and extending the leadership of African-American women through a national organization. In The early years of NCNW, the small volunteer staff operated out of Bethune's living room in Washington D.C. 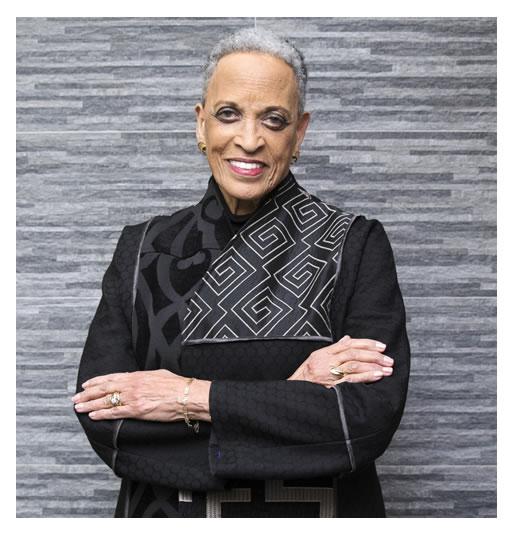 During her childhood, Johnnetta Betsch Cole had the privilege and joy of being mentored by Dr. Mary McLeod Bethune. As a lifetime member of the National Council of Negro Women (NCNW), she also had the honor of working with Dr. Dorothy Irene Height. Her passion for the work of NCNW is centered in her longstanding engagement in the struggle for social justice, a struggle that must include full equality for African American women. She is a member of Delta Sigma Theta Sorority, and she currently serves as a co-chair of the Sorority’s National Arts and Letters Commission. She is also a member of the Links, Inc.

Dr. Cole is a Principal Consultant with Cook Ross, Inc., a consulting firm in Silver Spring, Maryland. She is a fellow of the American Anthropological Association and a member of the American Academy of Arts and Sciences. She is currently a Senior Consulting Fellow at the Andrew W. Mellon Foundation. Dr. Cole served as the president of both historically Black colleges for women in the United States--Spelman and Bennett Colleges-- a distinction she alone holds. She also served as Director of the Smithsonian National Museum of African Art. She has authored and edited several books and numerous articles for scholarly and general audiences. She has received numerous awards, including a NCNW Uncommon Height Award and 68 honorary degrees.